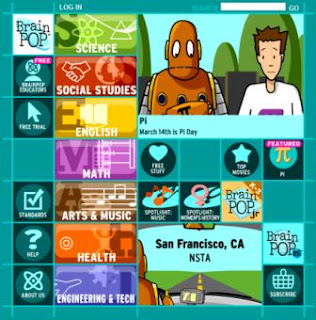 On the weekend I attended one day of the ICTENSW (Information Communications Technology Educators New South Wales)(@ICTENSW), formerly the CSTA (Computer Studies Teachers Association) mini-conference. It was held in the beautiful grounds of Tara Anglican School for Girls and was well attended with 130 teachers making the first day and 80 on the Sunday.

Historically, this March conference has been predominantly dedicated to the AGM of the organisation and wading through the previous years' Computing HSC papers (IT VET, IPT and SDD) to discuss where students fell over and how we can prepare our students better for future papers .

This year, they decided to run the paper analysis and AGM concurrently with a series of workshops. It's difficult to get this balance right and they have done this in the past but often teachers end up wanting to be in two places at once and have to choose which is best for their Professional Development. I was interested to see how it would work this year.

The short answer is that it worked well for me. I'd had three years of analysing the past papers and was ready for something else and joined the workshops and a micro-unconference during the AGM.

The first session I attended was Martin Levins (@martinlevins) and his "Data Visualisation for HSIE". This was a good workshop covering resources for teachers such as David McCandless's (@mccandelish) Information is Beautiful TED talk and online Data Visualisations, Dan Meyer's (@ddmeyer, blog) TED Talk on the future of mathematics and using multimedia in math teaching, an exploration of Hans Rosling's (@HansRosling) www.gapminder.org and a play with BBC's how big is it really?

These are all great tools and we briefly discussed using IBM's Many Eyes and Google Visualizations to assist our students to create their own data visualisations. These tools really allow students to conceive inconceivable numbers. I have used Data Visualisation using Many Eyes in my IPT class to simply and easily compare the bps of narrowband and different broadband technologies. We also compared the numbers of internet users in different countries and it's fascinating to see that there are many more internet users in China than there are actual people in USA (let alone Australia)

The middle session was an Unconference while the AGM was underway. As it turned out a group of us didn't find the bulk of the Unconference people so I suppose that made us an un-unconference. We discussed tools we were using in our classrooms that we loved and that were working for us. I have shared the resulting brainstorm Google doc here.

The final session for the day was Content-based Learning Design run by Jason Hando (@jhando) from utopiainternet. I didn't really know what to expect from this session but it piqued my interest and so I sat in. The contention of this workshop was that since kids go to facebook without being told to and put extraordinary amounts of time into maintaining their status and relationships, can we apply some of the benefits they get from Facebook to our own Learning Management System (LMS) design to encourage students to engage with the work they are doing. Jason had some very nice examples and very clear statistics on student motivation before and after LMS redesign. His slides are apparently going onto his slideshare soon. It's a very interesting concept that we should be considering marketing concepts when we design learning experiences to better speak to our market. An example of what he was talking about for younger students is called BrainPop (picture above)

Everyone I spoke to got something positive out of the day but it's a rare occurrence that you get such dynamic discussion as there was in Jason Hando's workshop. And as we all know engagement = learning.