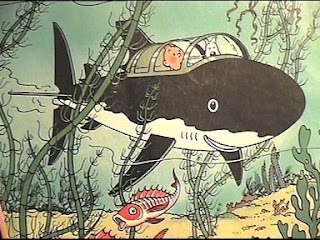 This year through a process of application and a huge dollop of good luck I was invited to be a delegate at the TEDX Sydney Conference. It was held on 28th May 2011 at Carriage Works in Redfern and it was like a jolt of electricty to the brain. I, like Frankenstein's monster, felt brought to life. (Sorry Mary Shelley)

TEDx is the TED franchise which means that other countries can use the TED format from the US in their location. From the TED website "Each year, the world's leading thinkers and doers gather in for an event many describe as the highlight of their year." This was TEDx Sydney so it had a definite Sydney flavour.

The conference was kicked off with the best, most accessible welcome to country I've ever heard. Usually, this part of an official day is ignored as being an uninspiring necessity. I only raise it this time because it was remarkable in its depth and I felt part of the sense of place. Thanks to Michael West (http://www.guwaali.com.au ) for this experience.

Tjupurru was the opening act and was amazing in his redefinition of the one-man-band using technology and the didgeribone to create astounding hip-hop flavoured music (http://www.youtube.com/watch?v=8MfV8fo0dDo&feature=related ). I will list the other musical performances in the schedule and will link to some of their work but will leave the review to those who have some training in music appreciation, I have the appreciation without the training.

After researching and writing that schedule I've realised that I can't possibly do all of those people justice so I'll link to most of their work and provide a summary for my favourites which tend to be the ones that relate most to the theme of this blog anyway. These were Genevieve Bell, Saul Griffiths, Drew Berry and Richard Gill.

Richard Gill (http://www.smh.com.au/news/entertainment/arts/the-young-persons-guide-to-the-orchestra-8230-is-lacking/2009/09/01/1251570708614.html) is a composer and music educator who you might know from his contributions to ABC's "Spicks and Specks" program (well that's where I first heard of him). Richard spoke of the need for performing arts in the education of young children and especially music (he happily identified his own bias) "Every child should have access to properly taught music in the hands of a properly taught teacher." He talked of the instinctual way in which humans communicate through music and how children should be able to have time to create their own sound and music through song long before they have the discipline to learn music in a structural way. "Music does not describe, narrate or tell stories. Music evokes, suggests and implies and opens up the mind of a child in an extraordinary way."

The thing that most struck me was his finishing point which was that having a teenage child come to you with a composition who says "Look, I made this myself!" with the tone that dares you to find fault with it was the best thing in the world. I think that he needs to realise that that is the joy of all teaching and what we should be designing our educational system and especially our teaching programs to attain, regardless the subject matter.

Genevieve Bell (http://www.heraldsun.com.au/technology/switched-on-world-is-killing-creativity-expert-warns/story-fn7celvh-1226064491905 ) is a corporate anthropologist (seriously, this is a job!). She was talking about our need to switch off from the constant demands of the internet and be bored. Her theory is that boredom is more than just resting or doing something fun and for one's self. She spoke of Heidegger revelling in being stuck at a train station for four hours (http://www.stephenhicks.org/tag/heidegger-on-boredom/ ). It appears that boredom - the state of disengagement - allows the brain to meander in a way that simple rest does not. Genevieve believes that our device-driven world is designed to completely avoid boredom. This is not a good thing for the growth of ideas and creativity.

I find it hard to hold the juxtaposition of Genevieve telling us we need to be bored and working at intel whose business revolves around us buying those devices but I think she works to represent the wants and needs of regular people to the intel corporation.

Here's her on the future of the internet… http://www.youtube.com/watch?v=DAcooO23OaY

I think her ideas on having time for switching off are really applicable in the world of technology in education. We need to allow the students space to let their minds wander and really tap into their creativity and let their mind have new ideas and make new connections. It's a lovely circular idea that we have to allow the kids to become disengaged in order to foster their future engagement.

Drew Berry is a legend. He appears to have cut out an unique role in science. He takes unobservable things like the replication of DNA and builds complex, elegant, 3d animations of these processes. These are used to educate non-scientists about these amazing procedures. He has managed to create a role for himself which plays to his strengths in science and his interest in graphic design. He's fascinating. I love that it is still possible in this world to do exactly what you want to do. Here is some of his amazing work… http://www.youtube.com/watch?v=7wpTJVWra7I

He spoke about how society's view of the future has changed over time. In the past our view of the future included the Jetsons and their robotic maid and Tintin and his voyage to the moon and undersea adventures (hence the blog image).

In contrast, our current view of the future is dystopian and not a little scary. The world is going to warm, flood, be reduced to war over the remaining energy and water. He considers this change in projected future to be a crisis of human imagination. We need to break the bounds of our negative self-talk and once again find a positive, exciting and awesome vision for the future. Something we can all be excited about working towards.

He reminds us that the most efficient forms of transport are roller-coaster and zip line… what can be more awesome than that?

Now, if only we could find something really boring to do so we could start all these wonderful ideas. One thing's for sure; TEDx wasn't it!