Sending a Raspberry Pi into Space(ish) 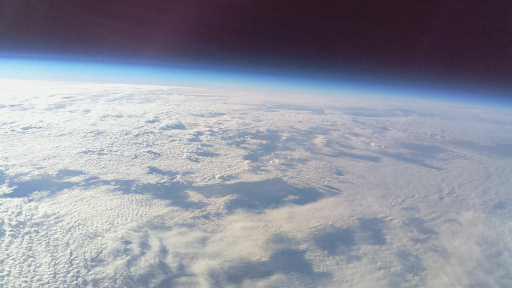 Day 1: The project team is formed
I've had a bunch of Raspberry Pis for a while and the girls in my coding club haven't really been interested. Today all that changed. I have found details on the Dexter Industries Brick Pi site for how to make a basic unmanned flight into the stratosphere with a Raspberry Pi. Once I showed them the video the girls were hooked.
We have now formed a team who are interested in running the project and there are some keen girls who have never programmed before wanting to have a go. Our MVP is to get a Weather Balloon launched with a Raspberry Pi payload, setup to take timelapse photographs and send GPS signal back to the ground crew -- and then to get it all back again at the end. There are some suggested features regarding Go Pros, altitude sensors and radio transmitters. One of the girls was so worried it would conk someone on the head that she wants it to play a "Get out of the way" sound on descent. We have Aviation rules to research and some GPIO programming to learn. We also need some awesome maths nerds to calculate how long it should be up there and where the heck it will come down.

This is exciting!
Posted by Amanda Hogan at 2:41 PM