There are some very tired people today; both tutors and kids. My 3 hours of sleep gives me a distinct edge over many of the others in my group so I'm hoping to get some Arduino play in. 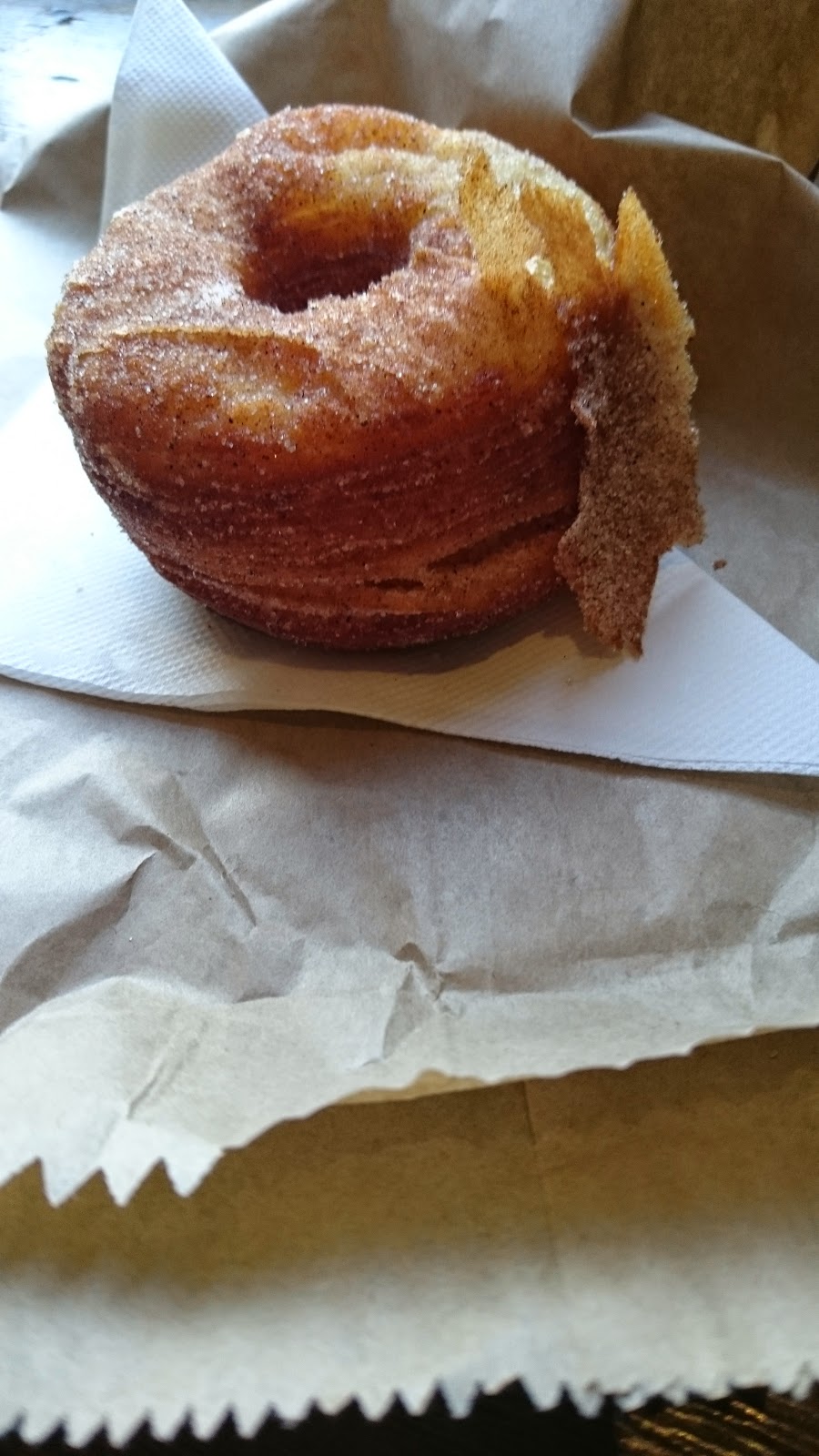 8:00AM: I got my cronut!
9:00AM: Roll call and the nutbush before going to SIT. The thinking may be impaired by lack of sleep already. Nutbush in the centre of a hall with sleeping heads on the floor surrounding is not a little fraught with danger. 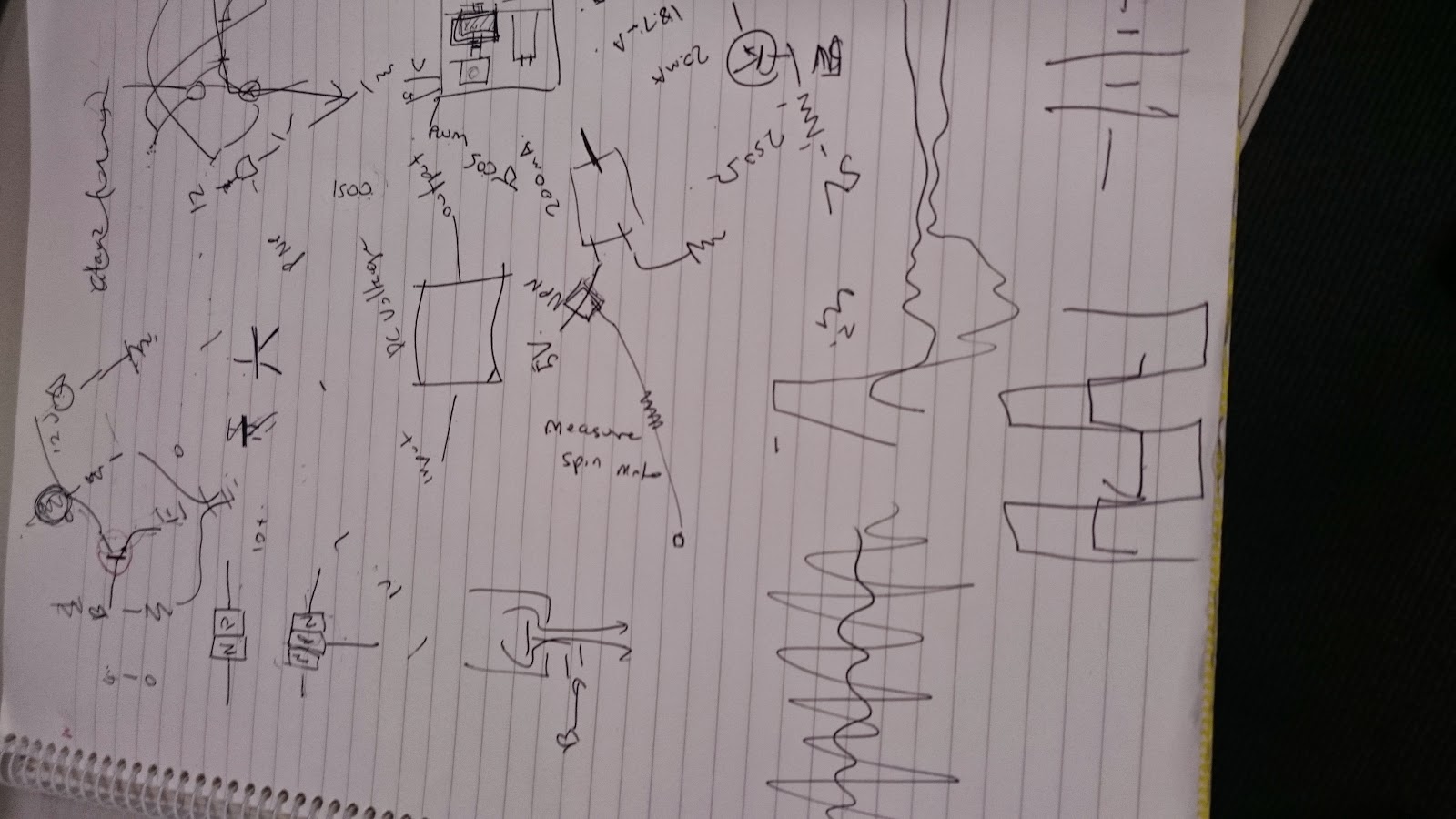 9:15AM (ish): Head down to SIT. The kids in our group finished off the videos for our team presentation and I got to play with my joystick control code for the robot. Jim, who is extraordinarily generous with his time and expertise, scribbled all over this paper for me. I'm hoping I will still remember the gist after more sleep. If anyone cares it's the difference between switching and amplification using a transistor. Playing with Serial when pack up time was called.
11:30AM: Photo time! Teachers are awesome and these are the awesome teachers (except for Fiona) who have spent the last 10 days out of their depth. 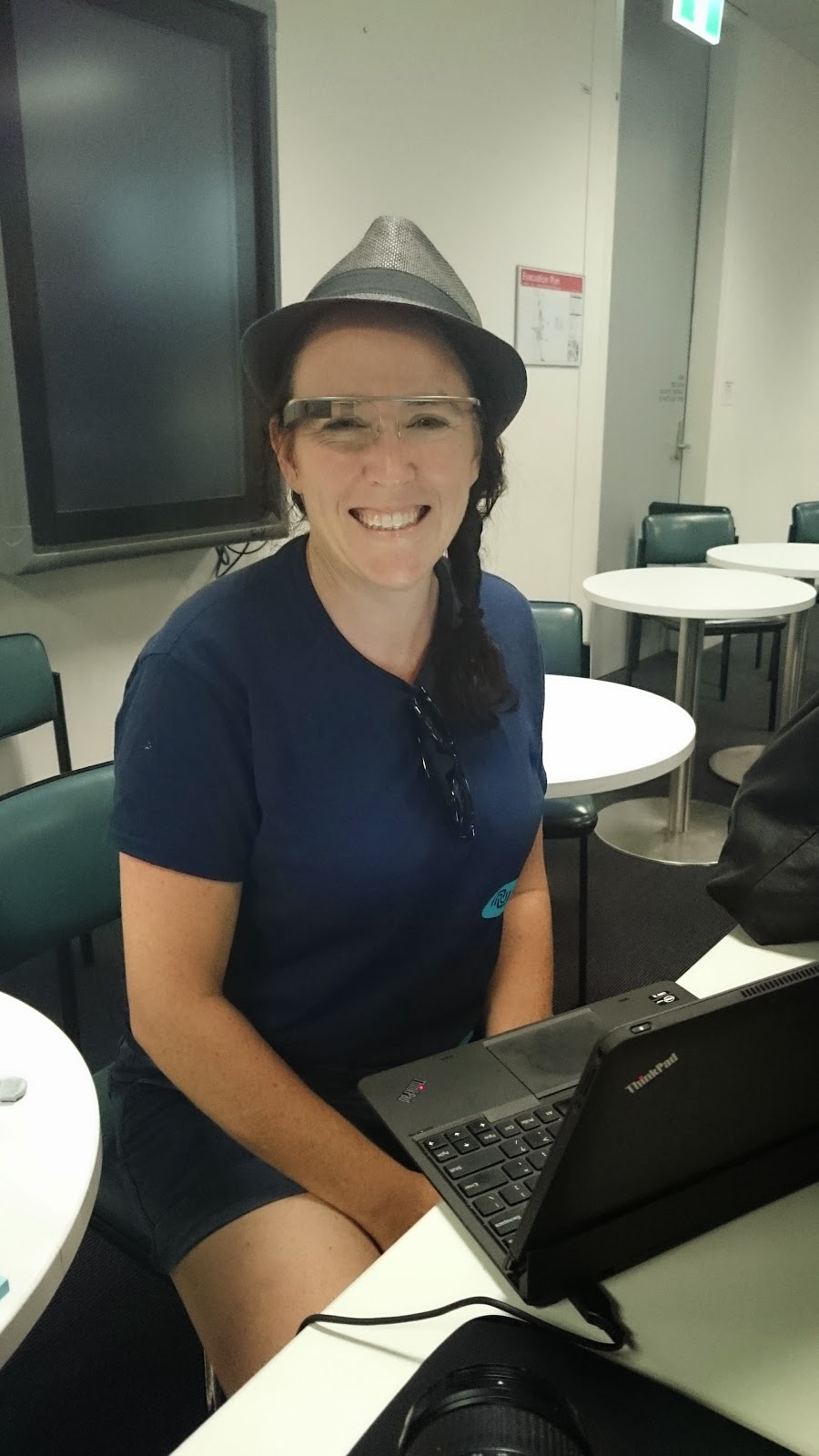 1:00PM Lunch.
Slight holding pattern now.
2:00PM Final presentations at the new Charles Perkins Centre at the other side of the uni. Nearly there now...

The presentations are videos created by each group during the challenge; one covers the project they've been working on and one covers some aspect of the camp they're interested in. Our team did our project and "Life in embedded." The videos were really fun.

The other 3 teams, including mine were in the embedded stream so they weren't really showing their "product" as that was last night at the olympics but they were showing how the team worked. the videos were great and I might be biased but I think Group 7's were the best! Especially "Life in Embedded".

My family came to see the end of the presentations which was brilliant. Time to go home and recover/sleep now. I believe this post has been twice as many keystrokes because of all the typos I've had to undo. See you everyone, meet you on the web! I love this program (http://ncss.edu.au/) if anyone gets an opportunity to come, they should.
Posted by Amanda Hogan at 3:39 PM